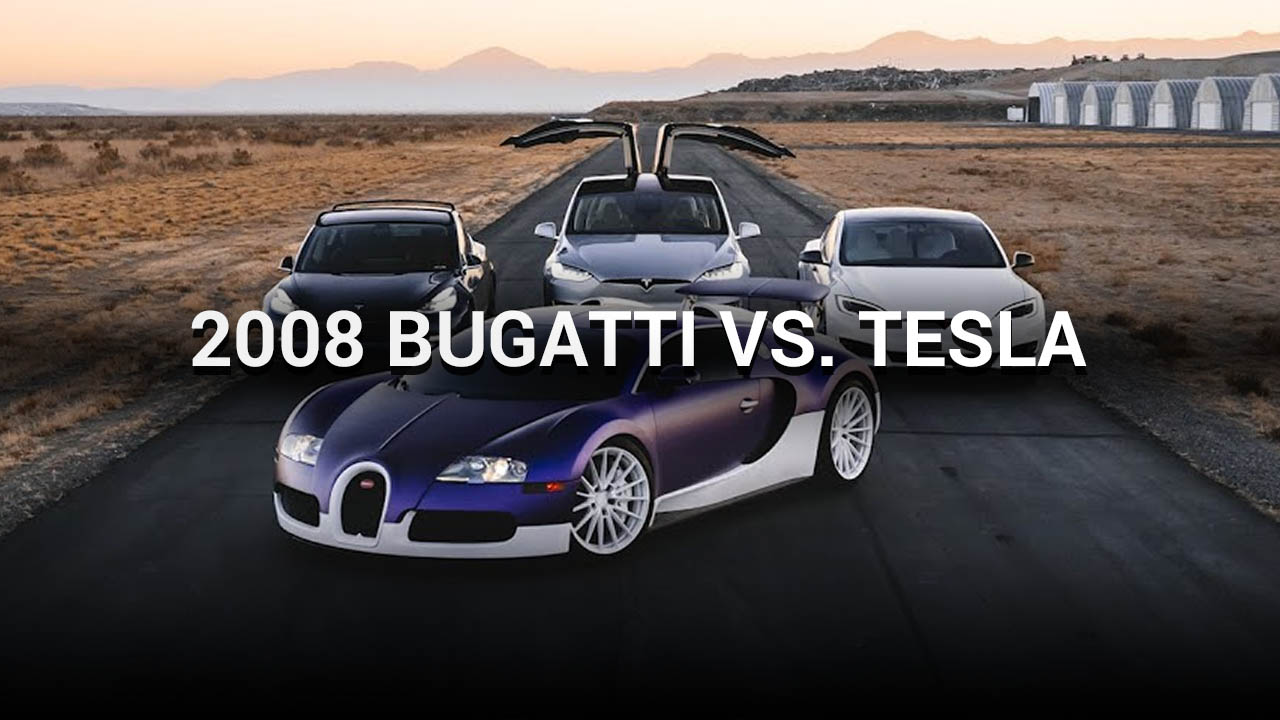 Will the fastest car in the world released in 2008 compete with the fastest Tesla’s? The answer came from TheStradMan, a video blogger, who drove with them in a fair race.

Every race was almost the same scenario. Electric cars take the first meters at the expense of the torque, but when the turbocharger inflates completely, Veyron easily bypasses them in a straight race. Four-wheel drive, W16 engine 1001 horsepower win fastest EV in a straight line.

We think, that after the release of the Model S Plaid (1100 hp), Bugatti will have no chance of winning, as the car exits a quarter of a mile in 9 seconds. The race on Lap Laguna track has already set the speed record, that beat the fastest Mclaren P1. And if you compare the cost of cars – ~$150k for top Tesla vs $1b for Bugatti, electric cars don’t leave a chance for a French Hypercar.