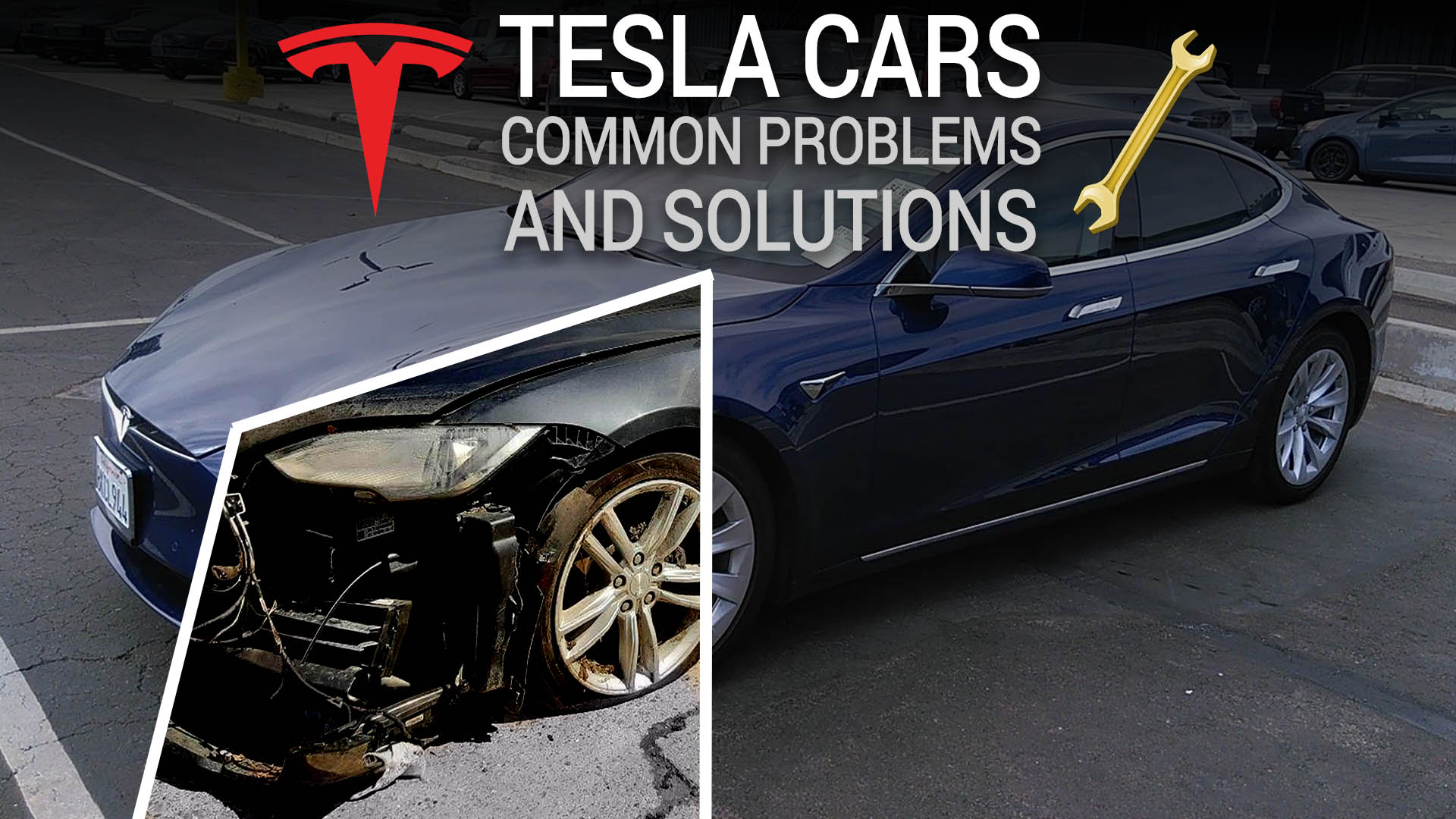 Most people, that never owned Tesla think, that this is the best EV car. But don’t forget, that Tesla Inc is of the youngest world’s car manufacturers. This cause related problems. We will try to write here about frequent breakdowns, glitches, bugs of Tesla’s most common problems.

This article is mainly about Model S, but it is also covering all other models. This FAQ is for owners, to find out what the problem is or how to find a solution without visiting service.

All this applies to American and European version of Tesla’s. Wrecked and restored EV has problems more often for obvious reasons. Some problems are more common in earlier versions.
So, let’s get started!

Sometimes there are a lot of unexpected errors. More often the EV goes and you can make reset MCU by holding both scroll wheels on the steering wheel for 10 seconds. But sometimes mistakes are more serious, and the car does not want to go – reset does not help. Sometimes it brings out a lot of alerts, but they don’t always affect the car.

It dies or suddenly discharge. Sometimes it warns you in advance. You can jump start from another car – contacts of 12V under the hood in refreshed version or in the right back part of hood (under the air filter) in older versions. You can buy the original for as much money as you like, or you can get the right size for 70-80 dollars from UPS with 33 AH. 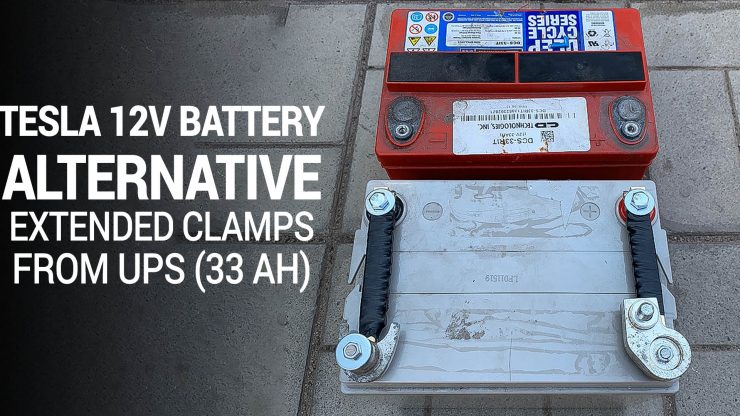 It is differed by the mirror arrangement of the clamps. On D versions wires reach battery clamps, on rear-wheel drive – one wire needs to be extended. 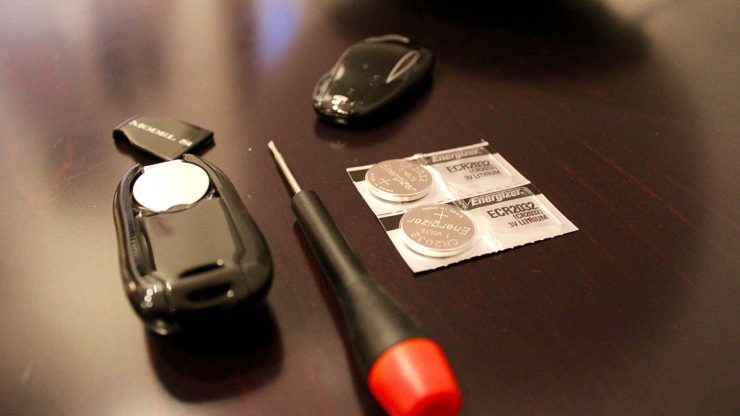 Often the battery in the key runs out unexpectedly in order to open the car, you have to use the Tesla application or put the key in the area of the right wiper blade and open the car, there is one (from the 12 antennae) for the key. Replace CR2032 battery. After opening, put it in the cup holder in the armrest. All this is in the Tesla manual. 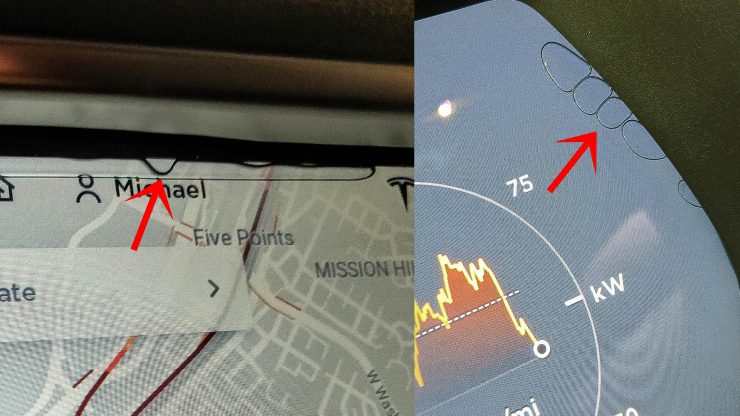 On old electric cars, bubbles appear under the touchscreen. First on the edges and corners. Then they get bigger. Some people change the touchscreen (near $1000).

Tesla’s before 2018 almost all have Tegra graphics processor. Because the cooling is off (the tesla has screw up in this regard) it is only a matter of time when it will be burned. There are only two options: either do it before it burns or do it after it’s burned.

Tesla App application does not work periodically – no connection to the server. More often the glitch on the Tesla Server side. Reboot the MCU or restart app on phone.

It’s more common problem in flooded cars but is also found cases in an undamaged vehicle. It is only healed by opening the battery and replacing the full module.

Another common problem is that the engine-laying sealing causes the coolant leak to engine, and the electronics, which are inside the body, fail. I cannot tell you which models do it more often. Some masters advise to solve this problem before it gets out.

The contactors are burned – they are the power contacts that are on the battery. They are treated with a sledgehammer over the battery (temporarily). Safer – only by replacement. More often this issue happens on Performance Version. More often after active driving. Sometimes it can limit power and give out an alert on the screen and last for a while, and sometimes it just suddenly becomes and never goes anywhere again. 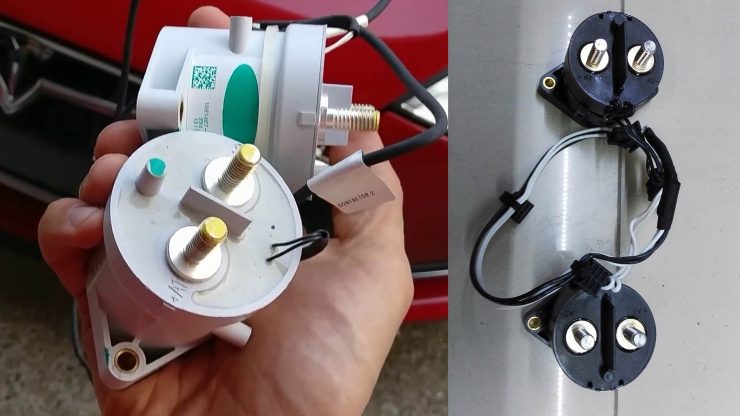 You must take off the battery and change the contactors. Contactors are two types: gray and black. Black type is more advised.

The door handles are failing. Sometimes the micro switch dies because of the water input (in the car before 2016 year), sometimes the motor – and the handle does not go out or vice versa goes out all the time in a general type of that. Just a replacement is a right way.

Rain sensor often do not correctly turn on wipers. Sometimes in sunny weather it does work when should not, but not working even when the windshield is completely rained with drops.

Accordingly, the light sensor which is located in the same module sometimes turns on the headlamps even in sunny weather. Replacement sometimes not fix this problem, maybe we should wait firmware update.

Not often, but sometimes they die. Only replacements. Available on sale. Sometimes they are thrown with snow or mud. The autopilot and other driver assistance functions stop working accordingly.

Sometimes it throws snow or mud on a pneumatic sensor and the car crosses somewhere. It is can be fixed with cleaning.

Control Scroll wheels on steering often get inside. Just replace fix this problem (near $200).

The charge port door sometimes is not opened or permanently opened or simply the error on the monitor glows. It is fixed by replacing the whole port.

The rear reduction gear fails. Rarely enough, but the performance version can be packed very quickly. Only a replacement fix this.

The front half shaft axles often fail. They start to crunch, which suggests that they should be replaced soon.

Lever silencers are failing. The upper levers on the Model 3 and Model X are plastic. This is done to break the wheel, rather than push it into the passenger compartment. Now, there have been cases where these levers have burst off bad roads! You can restore levers with new silencers or replace it with new one. 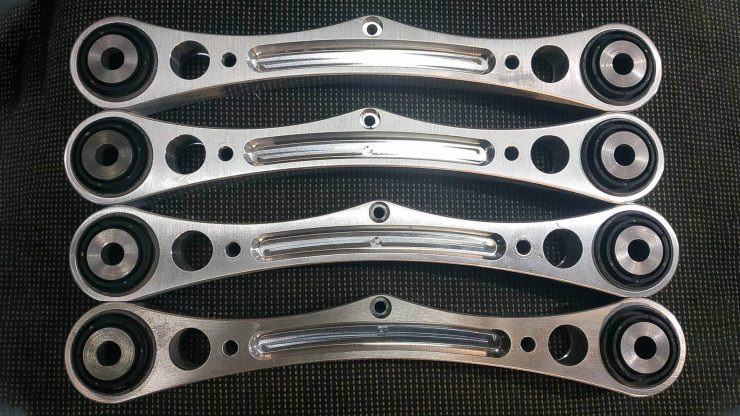 Parking brake has electro drives. Rear brake caliper often freezes and can be fixed with disassembly and lube or full rebuild. 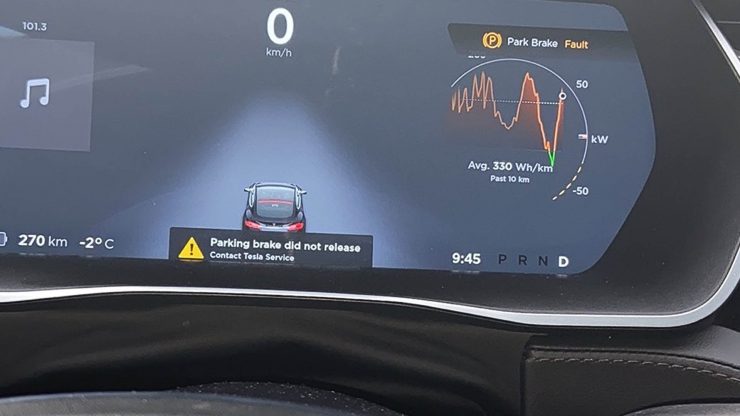 Body. Inside and outside.

The panoramic roof on some Tesla’s squeaks so loud, that people curse everything and regret having it. Some people don’t have this problem, or they just don’t pay attention to it. They get treated with silicone or something non petrol lube.

And by the way, there is no soundproofing, compare to petrol cars from Germany in this budget. It’s sad, but all you can do is glue additional door seal kit, that make some small outer noise reduction.

Model X paint on the arches

Tesla Model X back doors are hit paint on the arches. It is cured by the adjustment of doors (not always), or by the sticking of an armor or some sealant on doors.

Hope you enjoy this article, and don’t forget adding your problems and solves to comments!